Our most anticipated products this summer: Eiki HD Video Projector and Laser Projector

Our team here at Metrocom is looking forward to adding this fantastic new digital video projector to our rental lineup for our customers in Toronto, GTA, Mississauga, Vaughan, and Barrie. The new EK-810U WUXGA is set to be released later this year from Eiki International, Inc.

The new EK-810U WUXGA (1920×1200) and EK-811W WXGA (1280×800) Laser Projectors will feature 8,000 Lumen brightness, a 100,000:1 contrast ratio, and the superior color performance resulting from the use of both blue and red lasers, the EK-810U/811W support versatile LAN control and carries the added benefit of an IP6X Dust Ingress Test rating for long-term reliability. Among their numerous features, the new EK-810U/811W Laser Projectors delivers stunningly vivid colours as a result of its use of both blue and red lasers. 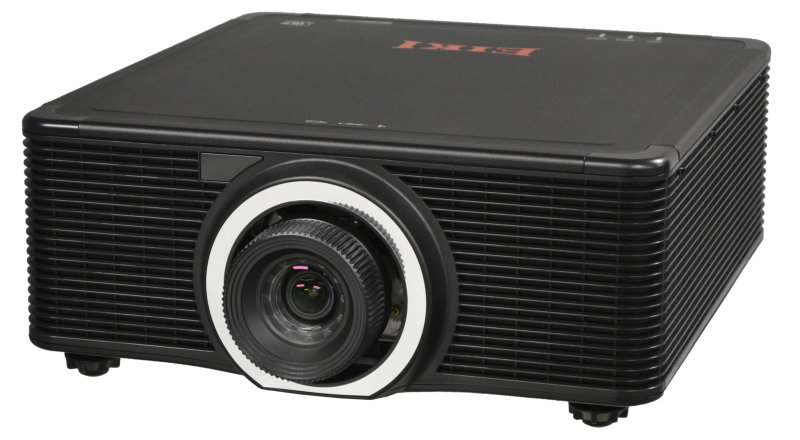 Compared to more traditional laser-based projection systems that incorporate a blue laser only, the addition of the red laser results in greater brightness (8000 Lumen with a 16:10 aspect ratio), a higher red color ratio without diminishing either blue or green performance, along with increased Gamut Area Ratio performance. Given that laser technology is less fragile than traditional lamp-based systems and offer nearly instant on/off performance, the capabilities of the new EK-810U/811W make these projectors an exceptional choice for applications where superior image quality is essential.

The new Eiki EK-810U/811W Laser Projectors provides a wealth of connectivity options that result in greater flexibility in terms of both signal access and control. For access on a LAN (Local Area Network), the system provides RJ-45 connectors for both HDBaseT and Ethernet. The system also provides support for RS-232 control as well as an input for a dedicated wired IR (infrared) remote. Equally notable, the projector includes a USB Type A connector—enabling the system to operate over the network using a Wi-Fi dongle. Additional connectivity for the Eiki EK-810U/811W includes both HDMI™ input and output, a DVI-D connector, and VGA, I/O.

Interested in setting up a projector for your next meeting or seminar? Contact us at Metrocom today to discuss your options for laptops, projectors, and sound systems.